You wander around looking for room 5103. It blends into a variety of other heavy maroon doors only differing by the plaque titling the room. Once you walk in, the room is just like any other. The short tan walls incase the room. Desks are bunched into groups of three to five. A desk sits in the corner to the right of the door only holding a chess set and a Microsoft computer. It feels pretty empty with only a few people; yet upon my return, the classroom didn’t feel as bare.

What the room lacks in looks, is made up in the energy that resides there. The combination of Dakota Spears’ lighthearted spirit and eager kids makes for a nice balance. I was able to sit in on a class discussion about Trump’s impeachment trial. Although the topic was nothing special, the class seemed to light up in discussion over the issue. The lesson was a fun one aided by the wonderful drawing skills of Spears.

Jenks High School’s new history teacher introduced himself as Dakota Spears “Dakota like the state, Spears like Britney,” but you can call him Mr. Spears. This is his first semester teaching, after having graduated in December from the University of Central Oklahoma. He is new to the game but excited to be a part of the High School experience again. He is currently teaching World History and Government (which is a great fit considering that social studies is his favorite subject).

“I got into teaching for students. If they learn nothing about history but they learn that I am there for them, that’s success,” says Spears. So far he is excited about teaching and got a warm welcome the first day. “All the students are great, all the facilities are great, everything is awesome.”

Now if you walk into Spears’ room and don’t see a teacher, he is probably there just hiding in plain sight. He’s like Where’s Waldo when it comes to finding him in the numerous amount of students that also accumulate in his classroom.

“I’m 22. I don’t have any facial hair. The first day of school I was like I have a wife and kid and [my students] were like ‘what?’” says Spears, explaining why he’s mistaken for a student.

He says his passion for teaching started after seeing the movie Pay it Forward from the year 2000. The synopsis of the movie reads, “The story of a social studies teacher who gives an assignment to his junior high school class to think of an idea to change the world for the better, then put it into action.” On this, he commented, “That’s what I hope for kids to get out of here, is to change the world for the better.”

Spears was formally introduced to all of his students during the first week when he made the decision to have a “get to know you” week. They played games and straight vibed.

Ashlyn Winters, one of his government students described the week by saying, “We built that connection between teacher and student. The first week has been a lot of fun.”

Spears said that his first week was great from his perspective too. “I was nervous. I told my students that we wouldn’t do anything the first week because they won’t listen or do anything if they don’t care. We were able to get to know each other.”

If the fun first week didn’t help boost his street credit, then his teaching style will. Spears doesn’t want his class to be just like all of the other classes at Jenks. He plans to structure them more heavily based on discussion than simply “reading from the book”. 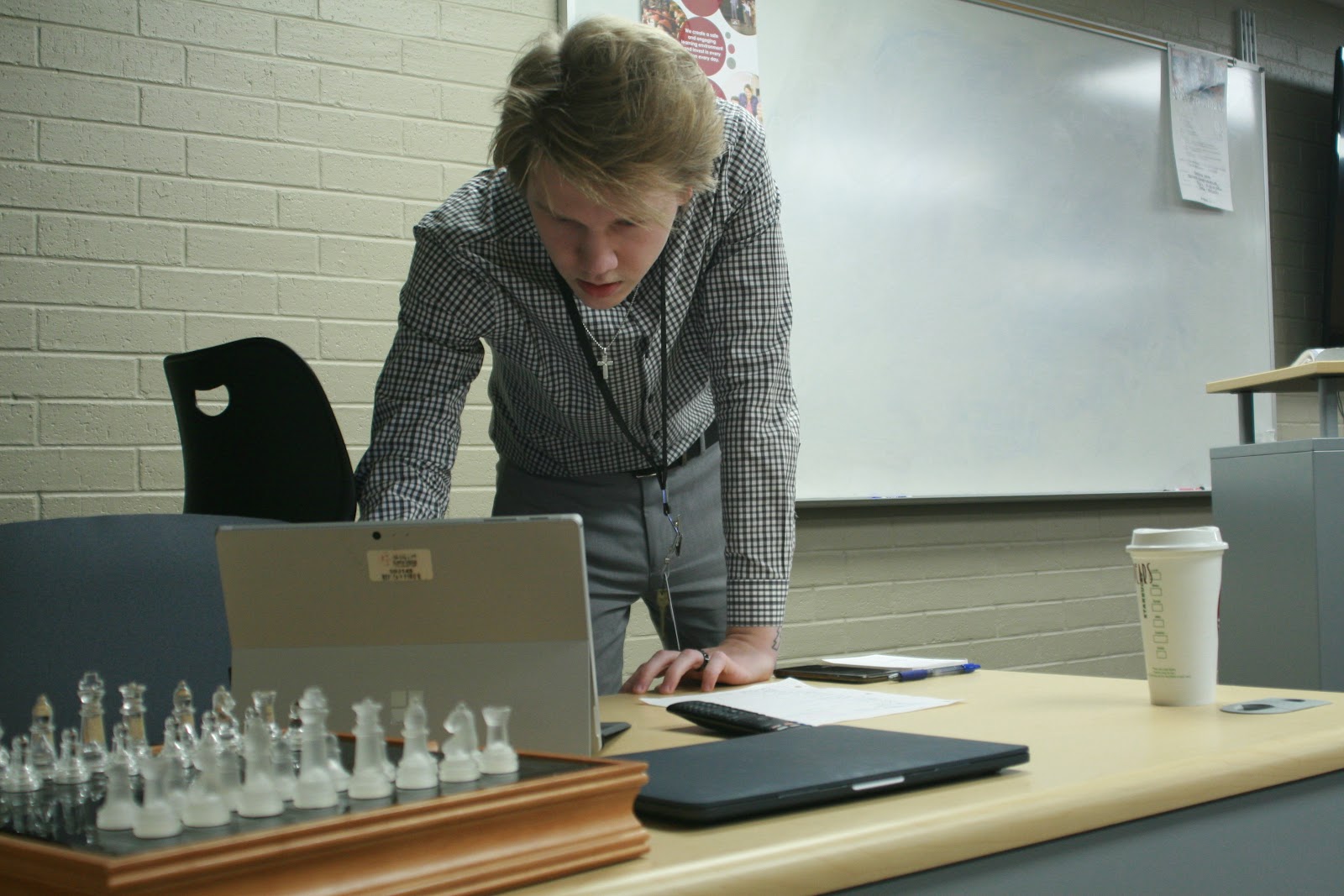 “I want kids to feel free to talk about what they believe in, what they feel strongly about,” says Spears.

I was able to join one of these discussions and it made it so easy to talk about all of the topics being taught in his class. This isn’t the only thing to be said about his class. He wants to highlight the two rules in his classroom, 1) To be informed at all times and 2) to be kind. As Spears claims,  “If they follow those 2 rules, the world will be a lot better.”

Although he is a fresh face to Jenks and teaching, he wants to remind his students that they are always welcome to pop into his classroom to chat with him. His open-door policy is something he wanted to emphasize.

“My door is always open. Whether that be for school or life or anything,” says Spears.

So if you ever need a place to go for homework help or to just talk about the college you are planning on going to, he is your man! Next time you see Spears in the hall, make sure to give him a warm Jenks welcome!(Spears works to show his class the different types of government)