Classic literature- the stories and ideas that have influenced our world for centuries- are they actually good? I read and reviewed the most common classics to read in high school so you can find the one that fits you best.

Especially now, our surroundings are often chaotic and our schedules are crammed. During the stress of finals week, who would pick up a book? But as our lives settle down for a few weeks, we’re presented with something rare: free time, and reading is a great way to spend it. Here, you can find the book that you either never read, or briefly ‘skimmed over’ to pass a quiz- and enjoy it over Winter Break without the threat of looming deadlines. 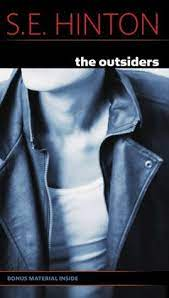 Hinton takes a step into the dredges of 1965 Tulsa, Oklahoma to explore the marginalized impoverished youth in a strikingly vérité account of the stigma and lifestyle.

The Outsiders gives modern readers a glimpse into the world of class differences, struggles of poverty, and normalized violence. The story centers on Ponyboy, a member of the ‘greasers’ (a lower class gang) with his brothers, Sodapop and Darry, and his friends Johnny, Two-bit, and Dally, among others. The main tension in the book is the dichotomy between the ‘greasers’ and ‘Socs’.

The Socs are a gang of upper class teenagers that attend the same school as some of the greasers and frequent the same places. The pure grit and unpredictability of the novel make it captivating for students of all ages.

With Hinton’s unexpected twists, painful losses, and a realistic picture of the greaser lifestyle, she is able to introduce readers to an unknown world buried in Tulsa’s history.

Class divisions that are displayed throughout the story reverses the preconceived notions, creating an idea that fosters acceptance in the minds of many adolescent readers, and making this book worthy of being called a Classic.

“When I stepped out into the bright sunlight from the darkness of the movie house, I had only two things on my mind: Paul Newman and a ride home…” -The Outsiders

“As a Tulsan, I was very proud to read The Outsiders. The book was encaptivating, thrilling, and eye-opening. Although I had to read it for class, I am so glad I did. It was amazing,” said Mara Winters (12), an avid reader at Jenks High School. 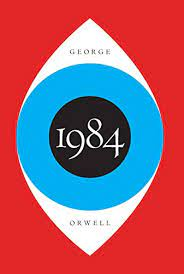 Dystopian Fiction of totalitarian super-states that replace volition with republic.

Orwell introduces a future plagued with endless war, mass media censorship, and lives controlled by screens. Where truth is manufactured and history is rewritten: where autonomy, volition, even writing is illegal.

The story focuses on Winston Smith who lives in Airstrip One, Oceania- formerly known as Great Britain. His occupation is in the Ministry of Truth, where he is paid to literally rewrite history by changing old stories in The Times newspaper in a way that can cater public opinion to fit the totalitarian rule. Winston secretly hopes for rebellion, rendering him a thought-criminal.

The novel follows Winston’s growing ideas of rebellion, illegal relationship with Julia (a woman who also works in the Ministry), and increasing involvement in the rebel group, the Brotherhood.

Don’t go into this book expecting one man to deconstruct an entire new world order- the purpose is to showcase the decline of personal freedom and the incline of filtered facts and doctored news as the media takes more and more of a role in modern life. The purpose is not a battlecry, it’s a detailed warning that increased modernity can pose threats to human rights.

The true tragedy of 1984 is that the entire tragedy makes no difference. The arguments put forth concerning the fate of modern society makes this novel’s existence detrimental, and it’s importance gives it a rightful seat in the Classics section.

You’ll like this book if you enjoy intricate worlds. Societies so deeply constructed that opening the book enters you into another world, holding up a mirror to the shortcomings of our own.

“Not merely the validity of experience, but the very existence of external reality was tacitly denied by their philosophy. The heresy of heresies was common sense.” –1984 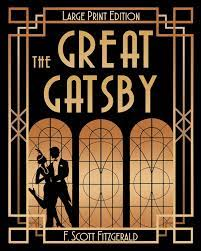 Lost Generation writer F. Scott Fitzgerald explores the lavish lifestyle of the roaring twenties. His expensive diction has immersed readers in the extravagant world of Gatsby for nearly a century.

After fighting in WWI, Nick Carraway moves to the West Egg neighborhood in Long Island. His house sits on a littoral, with water separating the West from the East egg, where Nick’s cousin Daisy lives with her husband, Tom. Nick’s neighbor, Jay Gatsby, is known for throwing luxurious parties that showcase the empty superficiality of the upper class. Gatsby does not partake in the parties, and throws them in hopes that Daisy will show up.

Often criticized for the ostentatiously detailed, persisting sentences that were common of the time period, the novel does offer a challenge to the attention span of current readers.

The novel fails to hold much moral or psychological depth, showing the complacency of even the outliers in this hedonistic era. The story itself is vacant in significance, with a vapid narrator befriending a neighbor in love with a memory. Still, the novel stands famed for Fitzgerald’s invigorating description of the most extravagant decade in American history. Due to this, The Great Gatsby is a narrative that stands culturally important for understanding this hedonistic period of our nation’s past.

You’ll like this book if you read books that thoroughly paint pictures with their words, books heavy on description. If you enjoy this, also read The Beautiful and Damned.

“Gatsby believed in the green light, the orgastic future that year by year recedes before us. It eluded us then, but that’s no matter- tomorrow we will run faster, stretch out our arms farther.” –The Great Gatsby

“Although it has been a long, long time since I read the book, I enjoyed the tale of love lost and the search to recapture it. Fitzgerald perfectly captures the spirit of the Roaring Twenties,” said Trace Zeller, who studied the book in college. Salinger takes a step into the mind of an nihilistic teenager in the 1950s’.

Summary: In the novel, unreliable narrator Holden Caulfield reflects on his life a year prior to his current situation. He recalls flunking out of prep school, exploring New York City, and having multiple surface interactions with old friends and acquaintances.

Salinger’s overuse of generalized postmodern observations in Holden’s narration illuminates the bildungsroman motif- with an adolescent mind often trial-running personas to strangers, testing to find his place in the ‘real world’ while habitually sabotaging any success.

Despite Holden’s youth, his convictions render him jaded and narcissistic, often using nihilism to justify misconduct. The book mixes incredible perceptivity of human behavior and naive idealism through the dense fog of mental illness, destigmatizing the affliction in a time riddled with judgment. This is all wrapped in an unsuspecting story, which at times seems superfluous and aimlessly enduring.

When I think of The Catcher in the Rye, I don’t necessarily think of a novel, but of a snapshot of a time in the life of a young man, preserved throughout years and standing more engaging than ever before with the mindset of our current generation, which ironically was said of every generation prior. Due to this, The Catcher in the Rye is worthy of the genre of Classic Literature.

You’ll enjoy this if you like realistic books, without intricate, inauthentic storylines and over exaggerated cartoon-ish characters.

“Don’t ever tell anybody anything. If you do, you start missing everybody.”

Hopefully now you have a good idea of what book to read from these diverse options. Whether you want to spend your holidays in the 1960’s Tulsa, a totalitarianistic super-state, the Roaring Twenties, or 1950’s New York, you know where to start.

You’ve heard my opinion, now see for yourself if you think these titles are worthy of the term ‘Classic Literature’.